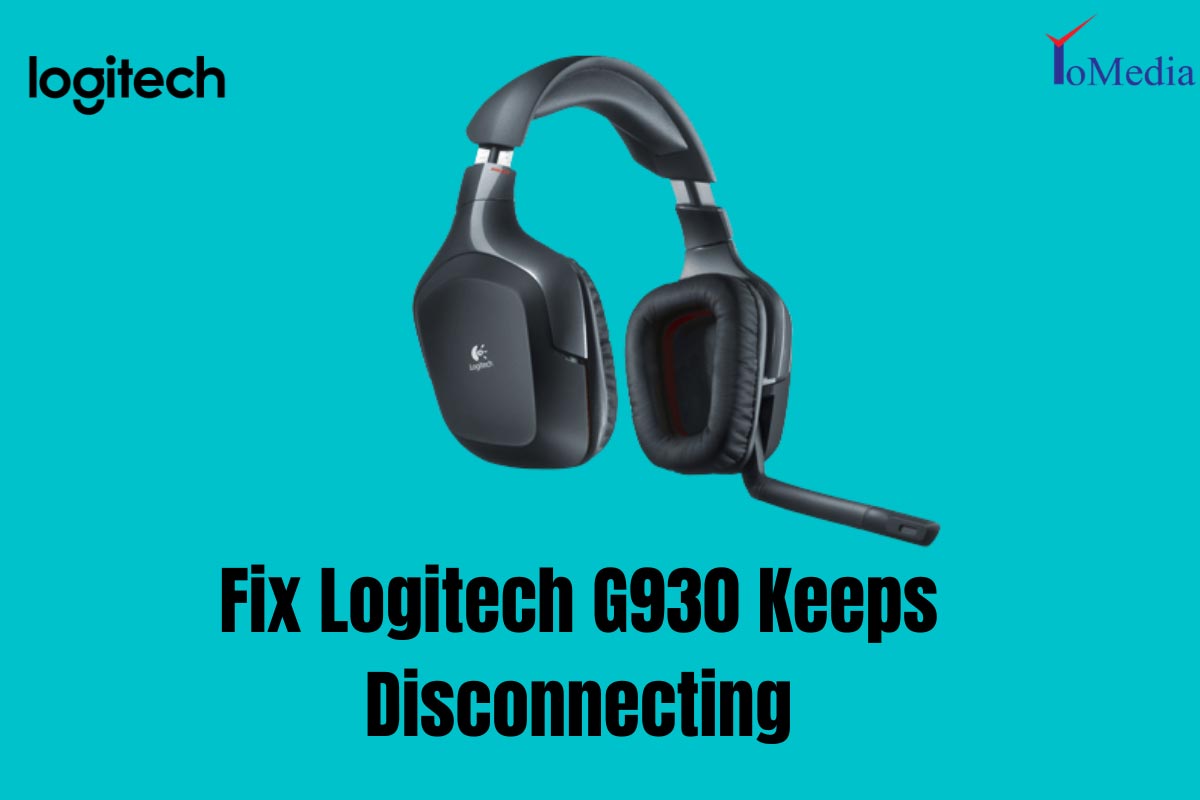 Windows 10 users often come across several errors or glitches – from the easiest one to the complicated one. Logitech G930 keeps disconnecting is one of the most common problems reported by a lot of users. There are various situations that can make the Logitech G930 headset disconnected.

Suppose you have purchased a brand new Logitech G930 headset and then installed the Logitech game software. Afterward, you connect it with your computer. Sometimes, the USB dongle will beep every few minutes and the sound is stopped. After a few seconds, the dongle starts to beep again, and then you will be able to hear the sound.

You may install the latest version of the headset on a regular basis. After using it a few times, it starts dropping the connection and never connected again. Sometimes, it can also keep connecting and disconnecting on the computer. These situations are quite disturbing, especially when you are a non-tech-savvy person.

If you are also struggling with the same problem, then you can go through the below section to get rid of this issue with ease.

There are several reasons behind Logitech G930 connection issues. It becomes easier for someone to solve a problem after identifying the actual cause behind it. So, let’s have a look at the causes stated below:

Now, you are aware of the probable causes why your Logitech G930 keeps disconnecting. So, now check the solutions described in the below section.

These are some of the trusted methods that can be applied to fix this glitch. So, perform the solutions described below:

Fix 1: Connect the Headset to Another USB Port

Before going to perform any complicated solutions, you should have a try this test. If the Logitech G930 keeps losing connection again and again, then you can remove it from the USB port and connect it to another port.

After doing this, you can check whether the problem is solved. Else, you can move on to the other solutions described below.

Fix 2: Update the Driver of the Logitech G930 Headset

Sometimes, Logitech G930 cuts out the connection due to the problems of its driver. So, you can uninstall the Logitech G930 driver once from your device and update it to the latest version. To do this, you can follow the steps given below:

How to Uninstall Logitech G930 Drivers?

After uninstalling the driver, you will have to download the advanced version of the Logitech G930 drivers to solve the ‘Logitech G930 keeps disconnecting and reconnecting’ issue. It will allow the headset to work in a proper way.

How to Update the Drivers of Logitech G930 Headset?

If you want to perform the manual updating method, then first, visit the official website of Logitech. Then, go to the Download page. Search for the appropriate driver for your headset depending on your OS. Install that on the system by following the on-screen prompts.

You can perform the Automatic updating method – this is much more convenient. This method doesn’t need you to look for suitable drivers. But, for that, it is essential to have a driver booster installed on your computer.

After completing the updating process, you can test the headset to check if the ‘Logitech G930 keeps disconnecting’ issue is solved.

Fix 3: Roll Back to the Previous Version of the Driver

If the first two solutions fail to work, then you can roll back to the earlier version of the driver. Moreover, you can also try this solution if you have updated the new driver and it starts disconnecting the headset continually. So, to roll back the driver, you can apply the steps mentioned below:

After applying the above steps, if you are still unable to roll back the driver to its earlier version, then you probably download the old driver version from the official website of Logitech. Now, you can check if the ‘Logitech G930 keeps disconnecting and reconnecting’ issue is fixed.

The Logitech G930 is a wireless headset – so, when the Logitech G930 keeps disconnecting, probably you require to reset the USB Root HUB as well as the general USB HUB Power Management. For that, you can take a look at the steps mentioned below:

After doing this, check if the ‘Logitech G930 headset keeps disconnecting’ issue is solved. Else, you can deactivate the USB selective suspect settings of the headset.

Fix 5: Deactivate the Selective Suspend Settings of the USB

This problem also might be happened by the selective suspends power setting of the USB port of your computer. Deactivating this setting can help you to fix this problem. To disable the suspend setting of the USB, you can follow the direction given below:

Now, reconnect the headset to the system to check if the ‘Logitech G930 keeps disconnecting and reconnecting’ issue is resolved.

So, these 5 are the probable solutions that can help you to fix the ‘Logitech G930 keeps disconnecting’ issue. But, you will have to make sure that you have performed all the aforementioned solutions in their appropriate order. After trying all the above hacks, if you are still getting the same problem, then try changing the interval time to get rid of this issue. It has helped several users to fix this bug. We hope, it will also help you to solve this problem with ease.